How does a foreign minor live without the family in France? What happens in the centers and schools and why is the situation provoking increasingly violent clashes?

It’s the daily story of "adults" arrived as unaccompanied minors (MNA), some barely 12 years old, in the land of Voltaire and the First Declaration of Human Rights. On their 18th birthday, in France, there are few who do not tremble among them. Protected to some extent by their minor status, even this last shield silently crumbles. The planes leave with them on board, to bring them back to where they came from.

But before talking about the going back, one must talk about the departure. And especially about the arrival in France. About what comes next. Then, about the day they become adults, 18 years old. A day that millions of teenagers celebrate loudly, with joy. But, for them, this is not the case.

The persistence of these lonely children to make a living in France, even with broken family ties, should be easily imagined. This important part of their childhood, disappeared forever, lived daily in difficulty, from one reception center to another. Always accompanied by fear. That too should be easy imagined. But, again, this is not the case. Therefore, the stories must be told. And Moussa, a 20-years old, is ready to tell his, here and now, in the courtyard of a Nancy building, rue de Drouin.

I live to tell

“I arrived in France along with a friend, a 15 year old child like me. We had been dreaming of no longer being so poor, of being regularly educated. In Guinea, in the city where we lived, it just wasn't possible. You cannot be educated with an empty stomach. A while after arriving in France, we were separated into different centers. In fact, now we live in different cities.

At first, I was temporarily placed in a Support Service for Isolated Foreign Minors (S.A.M.I.E). I cried all the time and kept crying for a long time ... I felt very lonely.

It was suspected that I was not a minor. So, until the bone tests were done and the Children Judge's decision was made, they took me to another center in Nancy.

There, they did not take us to school and, also, they did not have a well-defined education program to get throughout the day. Seven endless months during which mostly we just ate and slept. And we waited endlessly. We were dozens of underage boys, of many nationalities. No one gave us regular information on the procedures, what was being done, what was expected of us. It seemed like everything had been left in oblivion, as if no one remembered us. We were not even offered regular French lessons, except when volunteers came. But it was something spontaneous, irregular, depending on the possibilities each of them had. Many children left the center with people they got to know here in Nancy, trying to walk alone, find work and go to school ...

One day, the center opened its doors to the public, the media and human rights groups. The other minors asked me to represent them, to speak, to organize interviews. And I did all of that. I told the visitors everything we were going through, how difficult it was. I also gave an interview to a journalist. Someone told me that among the visitors there was also a representative of the Departmental Council. I decided to approach him, I asked him questions in public about our situation. I think you should never be afraid to meet people, to claim your rights.

Even though I was very hurt, upset, I remained calm the whole time. He listened to me and promised to ask questions about my case. And so, a few weeks later, I got the final official decision recognizing me as a minor. "

In the photo above, the young Musa giving his interview to journalist Elda Spaho Bleta. April 2021. Photo credit Pro IDE.

After obtaining the status of minor

“After the answer, I was accepted back to S.A.M.I.E and started school. Now it was the turn of another difficulty: the students in the class did not accept me. They made fun of me, of my accent, they never invited me anywhere. Only the teachers supported and helped me, I am very grateful to them.

I never had a grudge, I never took away my smile and my politeness. I decided to give my classmates time to get to know me for who I really am. They didn't know me, I was a foreigner, I was different. They were discovering me. What is circulating in the media about children and young people like me, who come alone from poor countries, has caused a lot of fear among people here in France. We are very often described as criminals, only because of a very small part of us. Extremely small! Public opinion needs to see us, to find out who we really are. This is also why I am telling my story today.

I was the first to break the ice: I was the one who invited them. I cooked for them and it was me who took the initiative to participate in the conversations. I worked hard in school too. Of course, there are always people who will never change their mind about me, who will never want to get to know me. But I cannot allow such people to unsettle me from my goal of building a better life. I have come a long way; I have seen people die in front of my my eyes while traveling to France. I will not allow the hatred of a handful of people to rob me of my confidence in the future. They are just a handful; in fact, most people just expect the opportunity to get to know us.

After official recognition as a minor, just a little quiet time for Moussa and others like him. Very soon, he would turn 18 years old. Now, it was the time of other long procedures, always with the risk of returning to his country, even though he spoke well French, was a volunteer and had good grades in school.

"I have endlessly changed the centers and hotels where I was taken to live, according to the change of a certain dispositive. Even now I am getting ready to move. But I have continued my efforts to build myself as a human being as well as to integrate here in France, always calmly and persistently, trying to guess the difficulties of the parties involved. Learning French is a key. It takes patience and also the positive will of those in power to see and hear us. On the other hand, we should never stop talking about our cause. At the moment, I have a 'Young Adult' contract with the Departmental Council which allows me to stay in France." (to be continued)

* This article is produced as part of the “Migration, Youth and Internet” project. It is written by Elda Spaho Bleta, volunteer of the local group Oxfam in Nancy, who paid close attention to the information given. The sources of the information are cited, and when personal advice is given, it is the sole responsibility of the editor. If, despite her attention, an error had slipped into the document, please report it to her by writing to [email protected] This article is published with the funds of the French Development Agency, Grand Est Solidarités et Coopérations pour le Développement (GESCOD), and with the support of Oxfam France. The content of the articles does not engage the structures previously named. 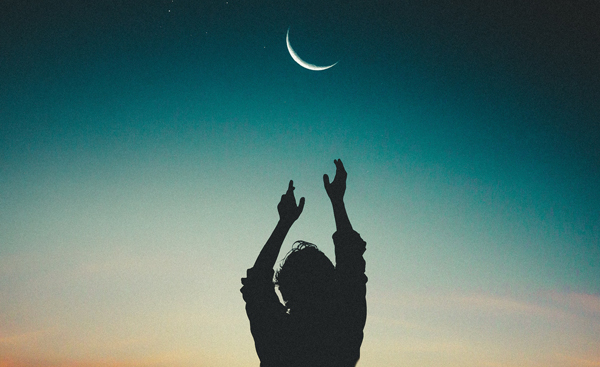 Disinformation and the creation of illusory truth