Over 98 million people have abandoned their homes and are currently far from their countries of origin. They are therefore immigrants. Most of them are women and children. A number never reached before, higher even than that of World War II. They are fleeing war, conflict, poverty and corruption, to move towards a better life. They arrive in countries where other languages are spoken, other communication codes are used.
A human movement that has never stopped. Because injustice, but also hope, has never ceased. 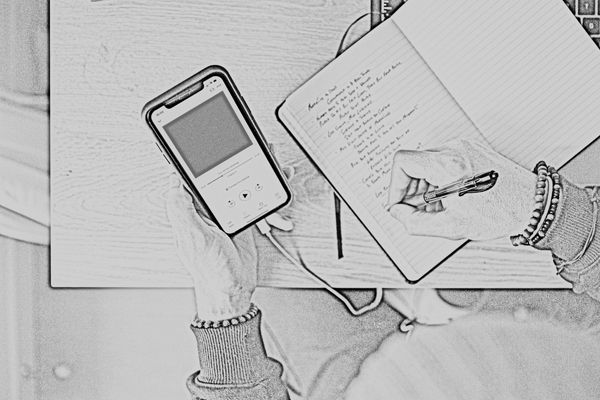 The Albanians from Albania and Kosovo are among the largest immigrant groups in Nancy and the Grand-Est lately arrived. It’s a new community as France has been seen from them as a massive destination for only a few years. According to OFPRA official reports, Albanians from Albania are those who applied for asylum most frequently (first place) in France in 2017 (7 630 demands. They occupied second places in 2018 (8 261 demands) and 2019 ((8 023 demands). With a somewhat older history in France, Albanians of Kosovo have also figured among the top asylum seekers for years.

The European Union and France consider Albania and Kosovo to be safe and democratic countries, so asylum applications are mostly rejected. However, the request for asylum is in first place among Albanians’s residences demands in France. All these reasons cause this community to remain largely with no permissions of residence and/or of work, outside French life. It is generally poor, with a high percentage of unemployment and doesn’t speak fluently French. It is a public distant from official and useful information. Even in the best of cases, which is regularization, the lack of access to information remains a big constant because, as explained above, it this is new community of immigrants, which hasn’t had the time and opportunity to learn and practice the French language.

It is an audience far from information.

Quick online sharing of useful and understandable information in English, Albanian and French for the non-EU immigrants living in France.

Our philosophy, therefore, is simple: to break down the walls in communication, to be solidare, to share useful, practical and professional information for non-EU immigrants in France. So that immigrants can understand their rights, but also French rules and laws; so that immigrants and French can get to know each other. By melting such unnecessary ice and negative energy. On both sides.

Much information that can make easier their life, vocational training or even education, reaches to their ears incomplete, even distorted, because the offer in Albanian is lacking. It is close to zero, especially the online one.

This three-language communication platform is created by an Albanian immigrant, journalist and activist for 20 years now.

The offer is also poor in English for non-EU foreigners in France. This lack of information has reduced the possibility to know how to access the appropriate services, to participate in vocational trainings, to understand the functioning of French administrations and associations. A form of isolation follows. This will result in a great loss of energy, which does not favor the contribution and integration into French society. The sudden arrival of the Coronavirus, with the new rules of hygiene and social distancing, is accelerating the passage into online of most of the services. Lack of access to useful and understandable information will worsen! There is no Albanian-English-French online platform to meet these essential needs. The associations, which facilitate the understanding of official information, have closed their doors during the confinement. At best, they only partially opened them; most of the volunteers are retirees, one of the groups most vulnerable to Covid-19. Telecommunications, hence, the idea for this website, thus becomes a sustainable means, a true partner of immigrants, associations but also institutions. On the other hand, this communication platform is suitable not only for Albanians from Albania and Kosovo, but also for all other Anglophone and Francophone non-EU immigrants in France.

The hate online speech against immigrants in France, as well as in most of the countries where they settle, has reached dangerous levels. The online stereotypes about them completely disfigure the truth and the human face of emigrants and charge local audiences with hatred. All this anger shown demonstratively, adds the impossibility of knowing the France of liberty, equality and fraternity. It endangers the richness of human relations with the natives, pushes emigrants to misunderstandings and to even greater irritation. The two parties are pushed into different poles, developing within themselves a sense of hatred and anger. This is why the French government has declared the appeasement of online hate speech against emigrants as a strategic point. And this is why it stands the same for us, as well.

This three-language communication platform is created by an Albanian immigrant, journalist and activist for 20 years now. Its most important services are identifying immigrants' needs for information, finding official and reliable resources, guiding imigrants to these resources, translating this information into three languages important to them and adapting all this into a simple and understandable language. The information channels, accessible free of charge, will be the official website and Facebook. This communication platform is configured in formats of computer and smartphone.

Appeasing online hate speech by posting relevant information and reliable figures on the reality of immigration as well as posting personal and inspiring stories.